I chose this dessert for several reasons:

I had reservations about this dessert because:

Apparently invented by Austrian Antoine Rumpelmeyer, Pastry Chef at Angelina (1903) in Paris, where they continue to serve his original recipe of chantilly, meringue, and sweetened chestnut paste.

Then I saw rows of what looked like edible balls of yarn in a book on Parisian pastry, and low and behold, they were the “delicacy” I had always feared. Here it is… 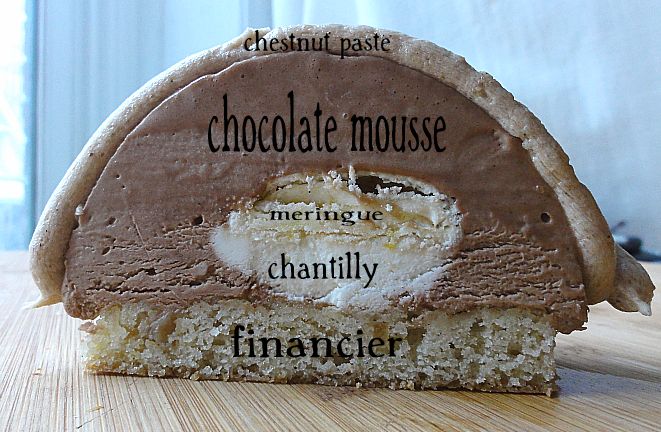 I made the following changes:

Brown butter, cool.  Combine dry thoroughly. Stir in whites, then drizzle in butter (this recipe is small, so by hand is fine, but is easier in a stand mixer).  Pour batter onto 9×13” sheet pan lined with parchment and spread evenly.  This will bake up to about half an inch.  Sprinkle with chestnuts and orange.  Bake until done (about five minutes after you smell the chestnut).

Whip whites, adding sugar after they’ve frothed if you wanna go old-school text-book style, or just dump the sugar in and do some other stuff while your whites whip.  They aren’t a baby, they don’t need you to mother them.  Once they are medium peak, add the icing sugar, then turn them on high for the final 30 seconds.  Fold in orange zest.  With a 6mm piping tip (or one that’s medium sized) pipe 2” discs.  Dry in a 150 degree oven until completely dry. Probably 3 hours, but maybe more.

Whip all but 75g cream to medium and reserve chilled (I whipped an extra 60g and set that aside to replace the Crème Fraîche chantilly at the same time).  Be sure to chop chocolate finely.  Bring milk to a boil.  Pour over chocolate and stir until completely melted.  Allow to cool to 30 degrees C.  Take 75g of cream and heat, add gelatin be sure it dissolves.  Add to chocolate.  Fold chocolate into Cream.

Have some kind of mold ready.  I used an aluminum demi-sphere.  I like this because it fits in my freezer, is easy to unmold the perfect half-spheres it forms, and doesn’t require cumbersome trays like silicone molds do. Also, super easy to clean.

Fill half the mold, and pull the mousse up the sides with a palette knife so you don’t have any embarrassing air pockets.  Chill for 15 minutes in freezer.  Place a meringue guy in there, then pipe on some of that saved whipped cream.  Chill 15 minutes if you are a stickler for perfection, or just throw that chocolate mousse on there, top with your rounds of financier, and wipe the sides clean.  Freeze at least 3 hours before unmolding.

How do I unmold frozen delicious from aluminum molds, you ask? One of these: 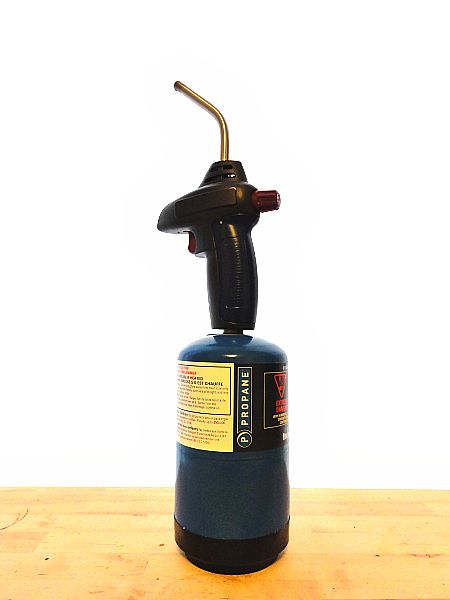 This is one of my top 5 pastry tools.  It burns sugar.  It frees cakes and ice creams from rings and pans.  It has an ergonomic handle and auto-starter with pressure control so you don’t have to stop and adjust the gas half-way through burning things or search for a lighter a server never gave back during your smoke-break.  We had plain old boring propane canisters with burner attachments at the bistro when I first started and it would take 2 minutes to burn a crème brulée.  That means it would take over an hour to do a banquet of just 60 people (longer because of the time it would take to adjust the flame based on the amount of gas in the canister or re-lights).  Then, one day, after discovering during service the night before that the school’s instructors or students had stolen all of my full propane tanks and replaced them with one sad, barely hissing, eggy-smelling so-empty-it-wouldn’t-light tank, Chef came in with the BERNZ-O-MATIC and my life was altered forever.  This baby burns a crème brulée in 30 seconds.  SECONDS. I became a brulée champion.  Buy one, love it like your first born. 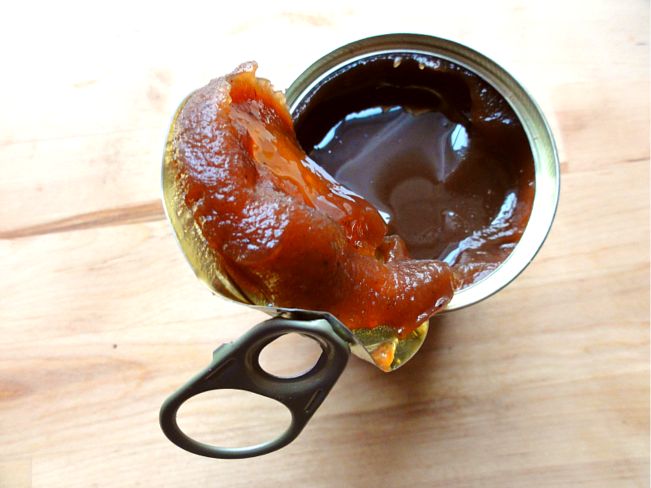 This was the part I loathed.  This can goop is so sweet and so confusing in flavour.  I threw it in the stand mixer with some soft butter (3:1 ratio, less butter if you like chestnuts) and whipped it smooth.  I can’t take credit for this, Lenôtre does it this way, so it can’t be wrong.

I piped it.  A poor showing on my first try, but such is life.  I froze it.

I found, in a health food store of all places, this white chocolate that had the whitest colouring added to it, it looks like a block of white-out.  Of course, I had to purchase such an unnatural beast because I refuse to order white chocolate-dye online.  My reason being only that I am stubborn.  I dislike the idea of consuming this product in mass quantities, so I am to use it solely for spraying shit with the chocolate paint gun.  Again, 34 degrees seems about right for this, unless you want a shiny, even coat, and then the recommended 38 degrees is good.  Ratio is 1:1 scary white chocolate and cocoa butter.

So here we have it.  I plated it on slate cause, well, it’s cool, and cause the Mont Blanc is a sugary ode to the snowy Alps. Or something.  Over on the right there is some powdered orange meringue business, the bottom we have some glacé orange and supreme Cara Caras in it’s juice — a reduction infused with roasted chestnut shells and a drip or two of spiced Canadian Whisky. The orange reduction, admittedly, was my favourite part of this dessert.

All I can say is the mousse needed some more ooomph, which I adjusted in the recipe with the dark chocolate addition, and though the financier was very good on its own, it was lost in the beige of the Mont Blanc.  If I made this again, which is doubtful, I’d soak that financier up with that tasty reduction situation.

If I eat one of these in Paris next month, I’ll admit if it enlightens me to the way of the chestnut lovers.