Giggling at the Kids in the Hall insistance that West was the direction of change, never did I imagine that I’d be passing time in Western Canada.

Firstly, I now know why they call Calgary by the loving name Cowtown.  Okay, I don’t. Maybe I should look that up. BUT I like to think that it has to do with the outstanding quality of Alberta beef. What do I mean by outstanding? Well, imagine the flavour of beef as you wish it could always be. Then imagine a cut of beef so supple you could manage to down it following the removal of your wisdom teeth.

Steak seems to be my new lamb. 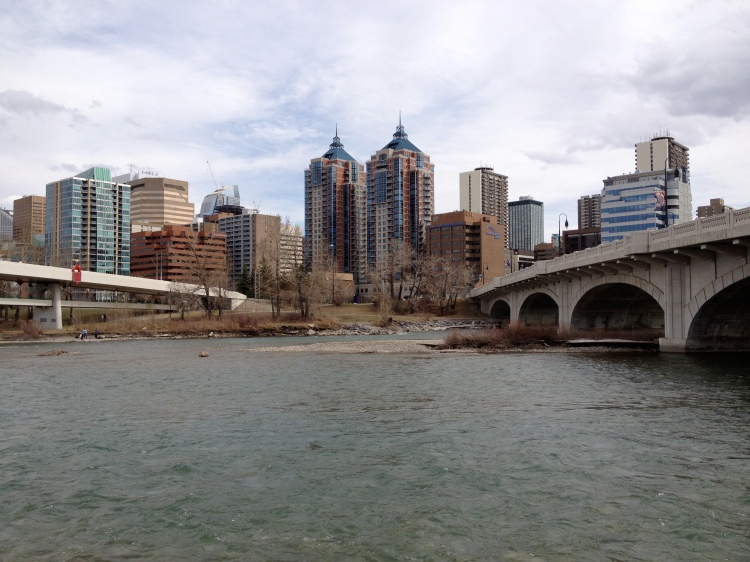 As far as the city goes, it’s taken two weeks for me to get into the flow of the Cowtown. All the streets are numbered, avenues run east-west and streets north-south, approximately. This prevents becoming lost beyond, say, a couple of blocks. Though I did manage to walk the better part of several blocks up the wrong 1st street in search of a pastry shop.

Calgary doesn’t feel like Montreal, or Toronto. The pockets of neighbourhoods tend to be just that, pockets, with a lack of fluidity for the most part. There are many blocks end on end that yield little more to the curious than a convenient store or condominiums. And when you do find exciting neighbourhoods then last only a handful of blocks and then lead into another abyss of houses or apartment complexes. I suppose this means the sweet spots are to be savoured. 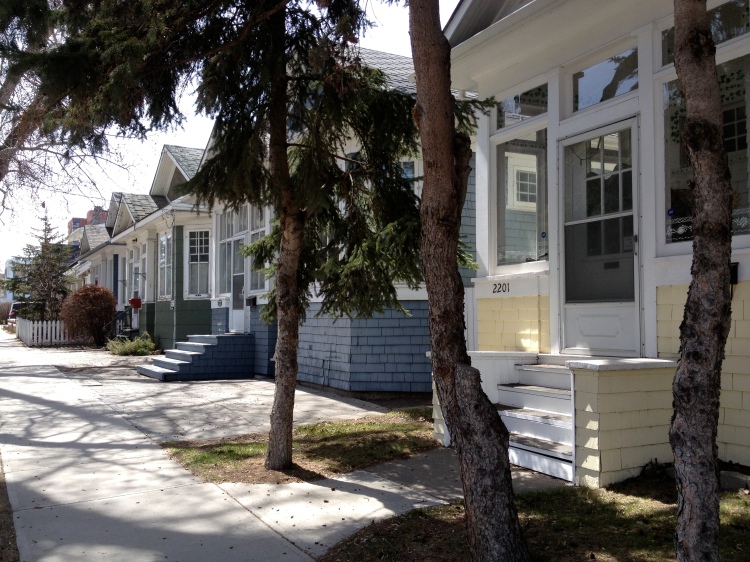 The architecture is quite different here. Not really the reach-for-the-sky scrapers in the downtown, they are reminiscent of Toronto though Calgary boasts a really stunning parkade, but the houses are very different out here. Often teeny, clapboard, sunpoarched, the older houses have a slight western appeal, though many houses have been torn down or overhauled to compete with high property values.

People really do wear cowboy boots and hats. There are rodeo-themed bronzes strewn around town, but aside from some silly cowboy stuff I presume is meant to promote the anual stamped, there are some impressive pieces of art here. 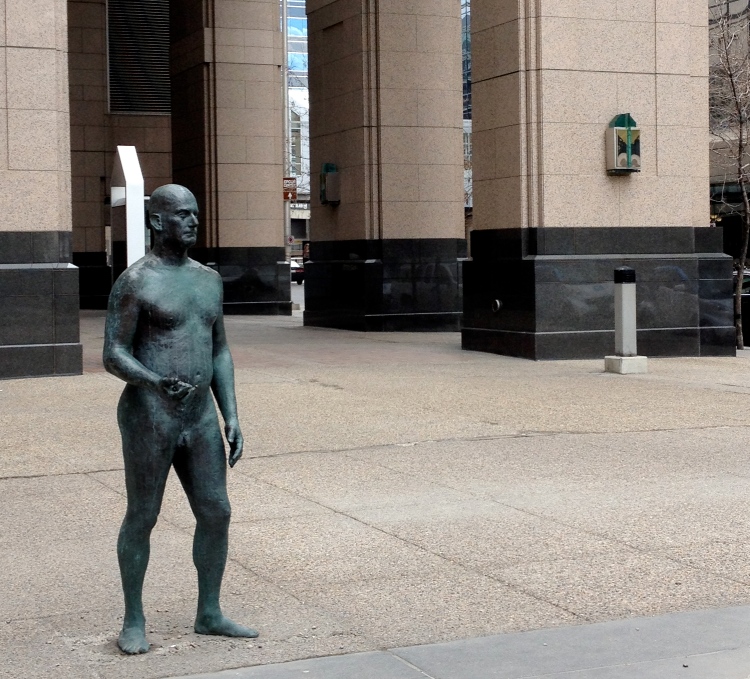 A bit random but that’s okay. 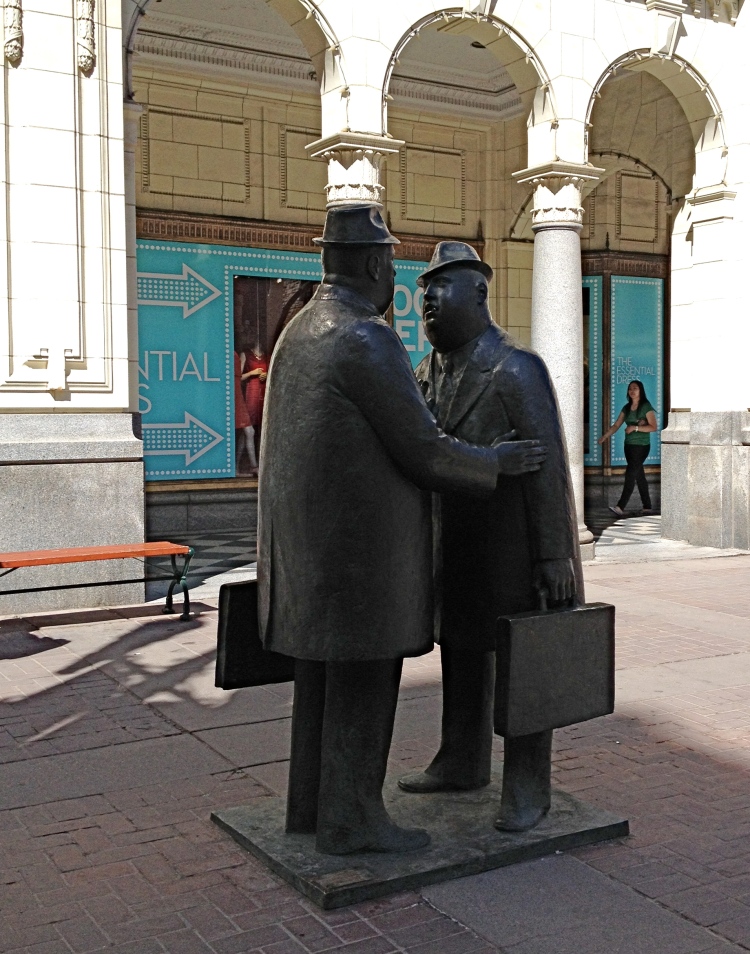 Downtown is full of business people. 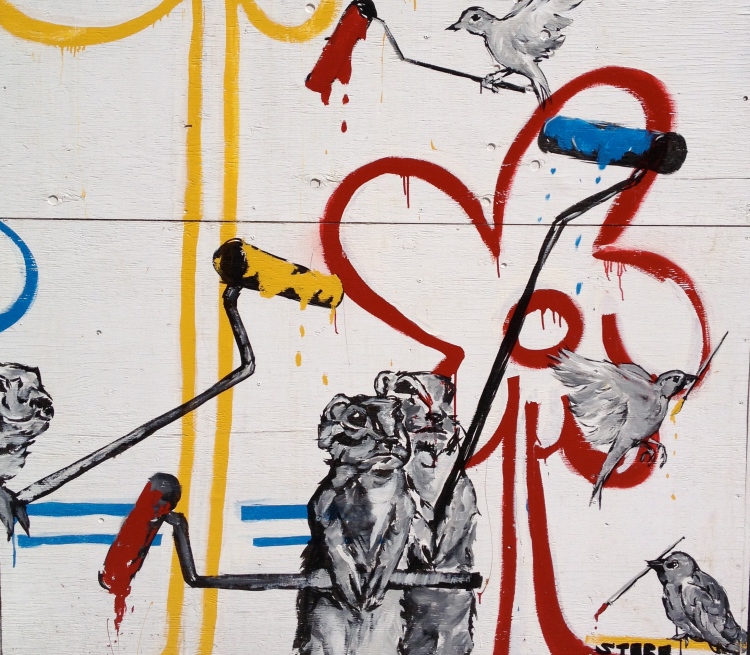 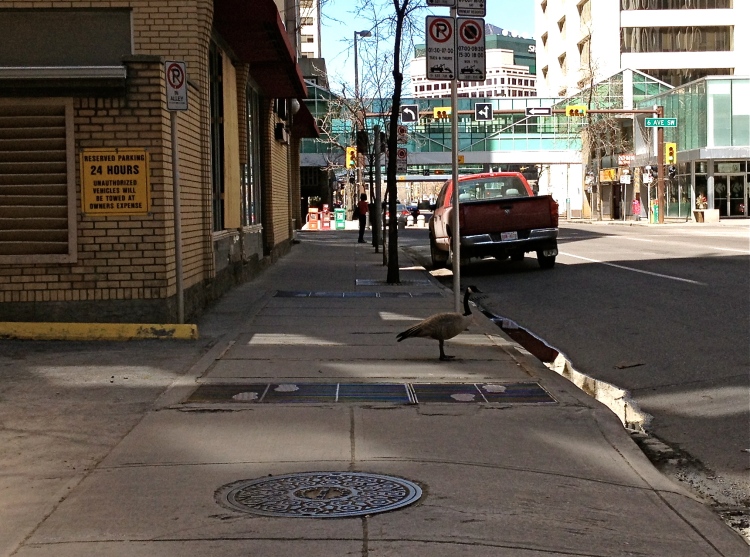 The wildlife is…unexpected. This guy hissed at me like he owned downtown.

A friend of mine once told me her therapist suggested she write down what she realistically wanted in a partner, saying it might help track one down. I found this method effective and decided to focus on this technique, but regarding employment. What did I want?

A menu that changed regularly?

A place that pushed me to do better, more interesting things, but also where I could improve my foundation?

Hours that were long but not so long I couldn’t spend time on my own working on new ideas and, of course, this?

Yes. These were the things I wanted.

I had a trial shift at a beautiful place on Prince’s Island, it looks like a cozy mountain chalet with canoe bookshelves. The open kitchen looked out to a dining room with amazing atmosphere. They focused on seasonal, local ingredients. Everyone was incredibly nice, and though they didn’t really have a pastry opening, the Chef said he’d do some shifting. I could do pastry and learn cuisine.

The Canadian and I had dinner a couple of nights before at a new downtown bistro where his friend had just started. They needed a pastry chef. I’d brought in a resume. The food was wonderful. They had lemon tart on the menu, which we didn’t order. The chef was straight-talking, swore frequently, seemed passionate and a bit crazy. He looked uncannily like my physicist friend, which I found comforting in a city where I knew no one. 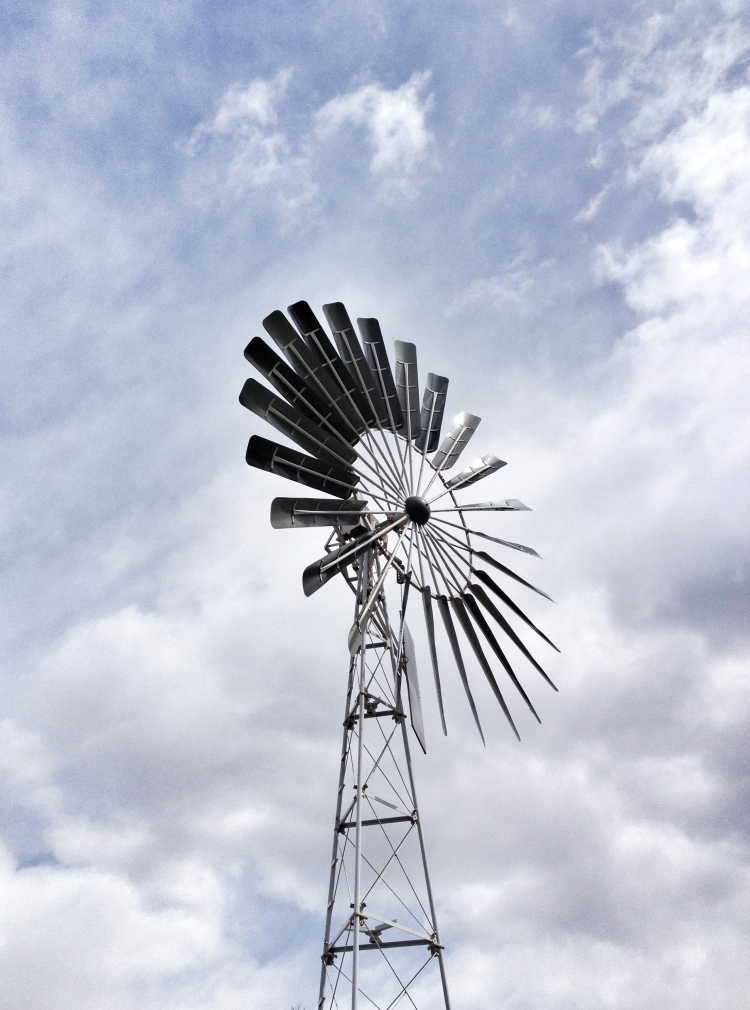 I took the latter. The first offer was tempting, but in all honesty, it came down to one thing: I swear and get pissy when I’m working, and I didn’t think the uber-nice localsustainablesmiley ones on the island would put up with my ‘tude. And this place ticks everything on my list. 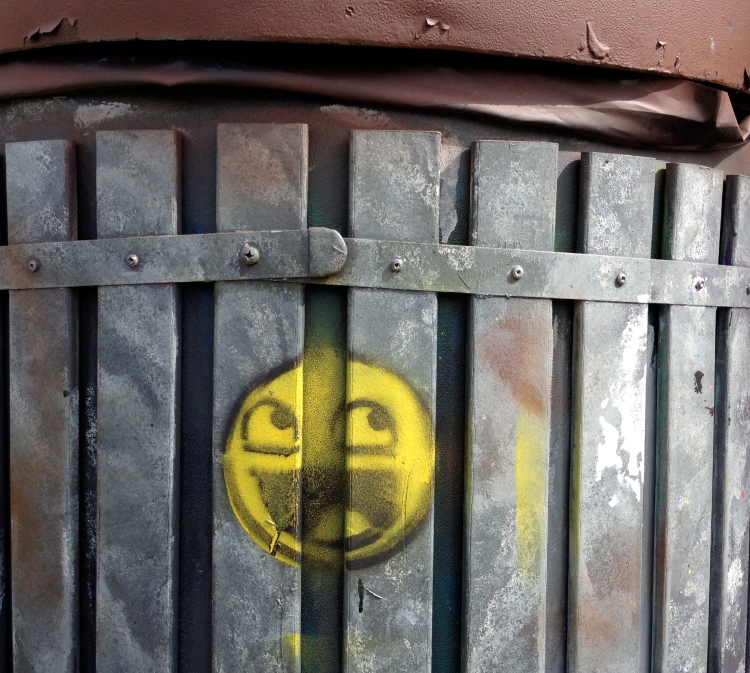 It’s been a hard 5 days. High-altitude baking is not something I’m used to, and I’ve never heard of the brand of combi oven we have. Nor have I ever made baguettes from start to finish. And we don’t have a walk-in freezer. I don’t have a line-fridge. The kitchen is teeny tiny. And the chef is a true, yells-and-swears chef, but he’s totally crazy about food. It’s pretty great. 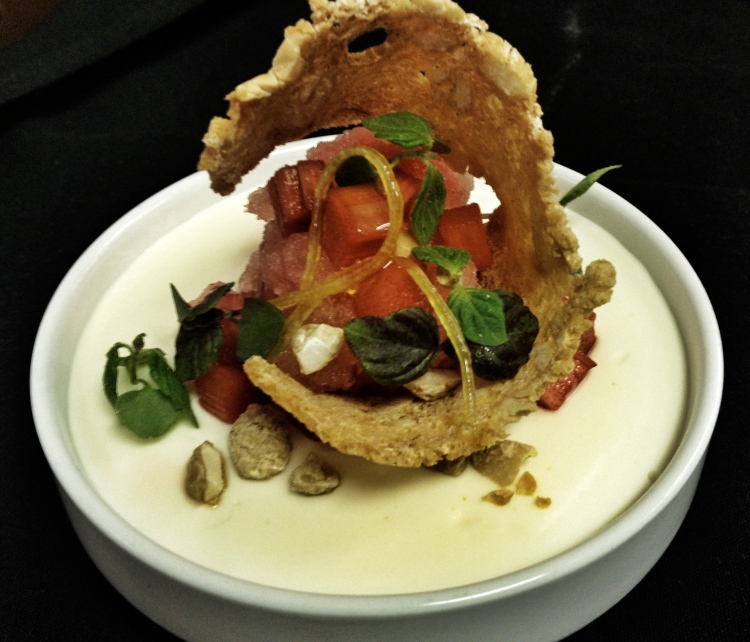 This weeks lunch dessert (which seems to be doughnuts from now on, I’ll change up the flavours though): 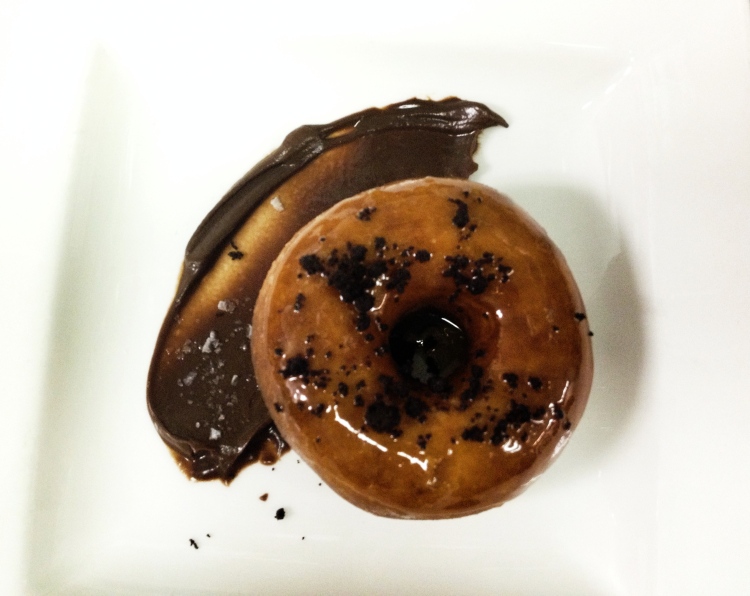 Downside: I still have to make lemon tarts.