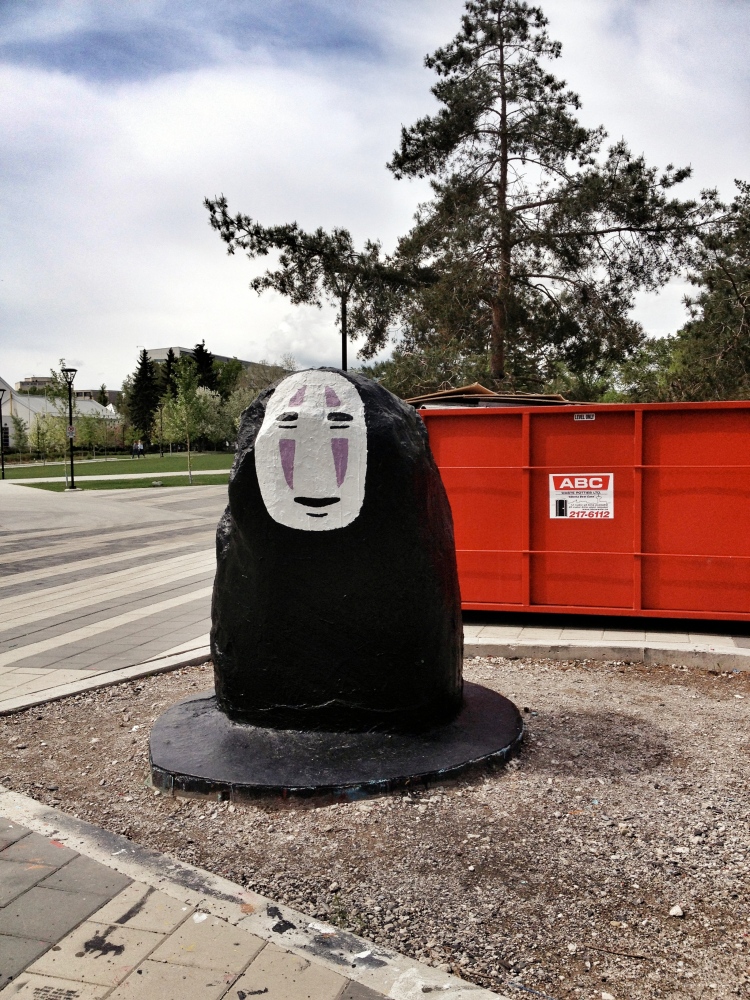 When I was a child, I had no qualms killing bugs. It was a power thing, the ability to play God.

Then I got older and the empathy started growing, and that Catholic Guilt, which I’m sure is hereditary, reared it’s head and I could no longer kill a spider in the shower, instead opted to go out of my way to catch-and-release, or ignore it all together, after all I don’t mind them as long as they don’t out-number myself, limbs included.

A good deal of my existence is fuelled by guilt and the desire to be of use to others, with a touch of anthropomorphism for good measure and light entertainment, so a good deal of my daily energy usage goes towards feeling badly about humanity’s decision to alter the planet and how I can opt-out, trying to be a good and productive person, and talking to inanimate objects or creatures.

Given my profession, the creator of things no species requires for life, of delicious things that are entirely superfluous and in fact quite bad for us, has me feeling pretty bad most of the time. I make a pie, and it’s so tasty, and I want my friends and family to eat it and be happy, but I also don’t want them to eat it because it will supply them with no nutrients. Actually, given that it is full of butter and white flour and refined sugar, it will likely suck nutrients from their bodies in an attempt to digest it. And then induce diabetes. I’m sure this is how our metabolisms work. Anyway, I basically provide the television of the food world, which is to say television encourages being sedentary, as does the consumption of doughnuts.

This weighs on me daily as much as my perfectionism and the thought of the carbon footprint caused by sugar and flour refiners. Throw in the fact that I’m pretty crazy, and that makes for a complicated person to work with. Pastry Chefs are hard to be around in general because they tend to demand that things be proper always (and they cry, watch Kings Of Pastry if you are a firm believer in the ‘there’s no tears in pastry’ myth), but the Guilt-Ridden Pastry Chef, I imagine, is more challenging. Hell, I’m challenging to myself, I suppose I should count my coworkers lucky they spend less time with me.

Michael Pollan, who I believe could morph into a Megazord manifestation of Mother Nature along with David Attenborough, David Suzuki, and Hayao Miyazaki, states in  Lucky Peach No. 6 the Apocalypse edition that the development of Molecular Gastronomy is of no function or use beyond a momentary impression. This type of ‘cooking’ is not natural, traditional, or helpful to society. In fact, it’s rather wasteful.

This is something I’ve sighed over before, the desire to produce food that is stunning but also sorry, ‘natural’ but places that serve ‘rustic’ food often tend to just want to throw something sweet on a plate with a dollop of whipped cream and swizzle of coulis. Shudder.

I wasn’t sure if I’d ever find someplace that would embody what I wanted in a restaurant employer, a place that really gives a shit about what we are doing to the planet and wants to serve beautiful, interesting food. Thankfully, I think more people in the industry are coming to realize that this balance is a viable option. And amazingly, it seems a place that strives for this balance has chosen to put up with my crazy. Which is how I was able to see an urban garden grow from an idea to reality, right above me on the roof of the downtown Calgary restaurant. 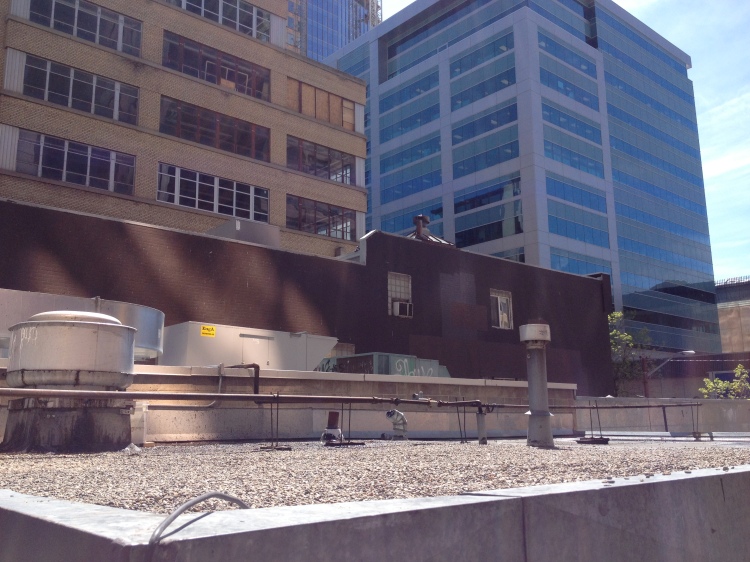 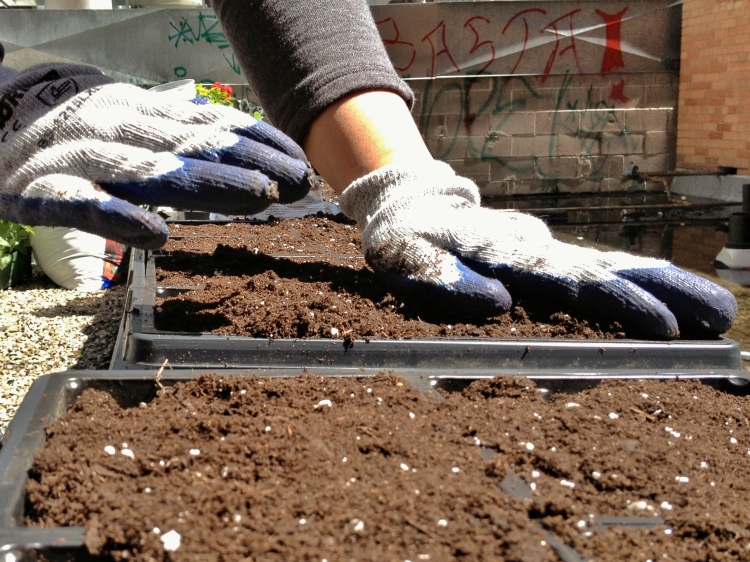 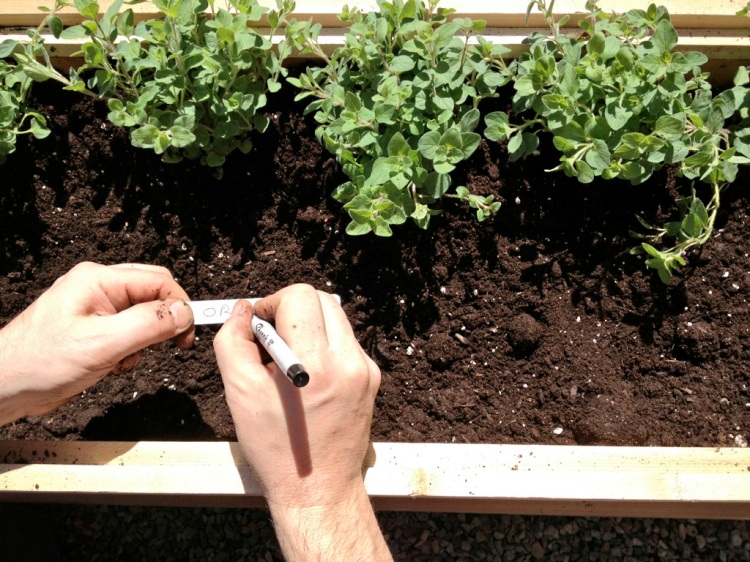 Which is pretty awesome really. Urban gardening at a restaurant doesn’t just save money on parsley et al, as gardener’s know it can reignite that overwhelming respect for food chefs have, but that is easily forgotten when one’s feet are sore, mind is mush from too much thinking and not enough sleep, and the poor diet kitchen workers tend to run on. Planting a seed and tending to it, sheltering it as it sprouts until it has the strength to withstand the elements on its own, helping it thrive, somewhat akin to raising a child (a tasty, tasty child), means a greater appreciation for the harvest, and more care in the storage, preparation, and final product.

The food will always be fresher. The downtown air will benefit from the added greenery (though I will tip my hat to Calgary for the abundance of trees, shrubs, and flowers). I can say with great certainty the addition of bees will make the space exactly like the roof of the apartment building in pushing daisies. After all, we’ve had a fear for years that our desire for more technology and increasing population will result in Blade Runner-esq cities (okay that’s my fear, pretty sure Phillip K Dick intended it to scary rather than cool). If you think about it, how ridiculous is it that people travel great distances to see amazing natural sites when, had we chosen not to bulldoze everything to condo the skyline, we’d have sights similar all around us? 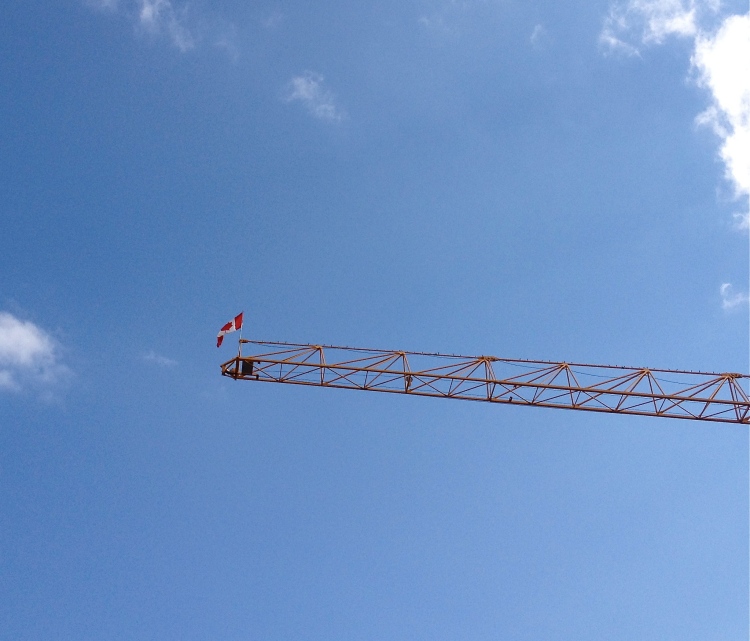 It’s nice to work for people who think beyond the doors of the resto, who have ideas, who make shit happen. I feel pretty fortunate. And man are those strawberries going to taste fantastic. 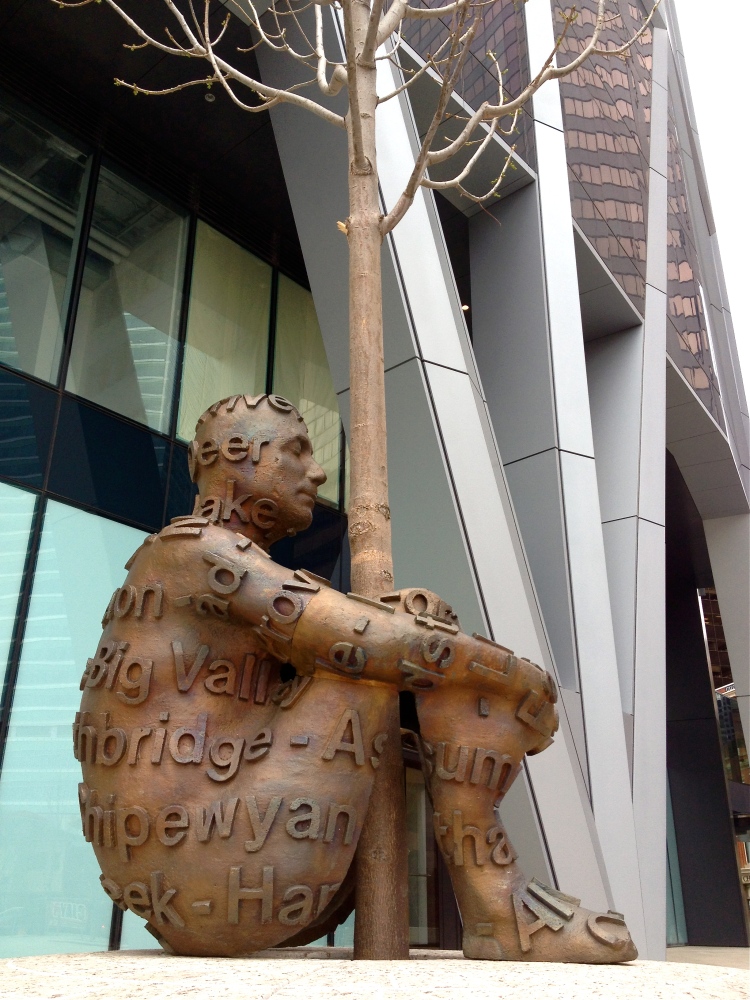